Badminton; a sport for all ages, for all places. Badminton is enjoyed by children, youth, adults, and seniors and elderly participants globally. The sport was started to be played about 2000 years earlier in ancient Greece. Badminton combines hand-eye coordination, power, strength, speed, stamina and decision-making skills.

The sport can be played as one versus one player known as ‘singles’ or you can team up with another player and play two versus two termed as ‘doubles’. There are certain rules and regulations for this sport to be played with and that got internationally recognized. Here in this article, we have covered all the rules including scoring system, faults, and obscure rules to get you started with the game in international standard.

The International Olympic Committee has recognized the Badminton World Federation (BWF) as the world governing body for badminton. BWF is originally called The International Badminton Federation (IBF), was established in London, on 5 July 1934 with nine founding member associations, but in present days they have 193 members globally. The BWF is considered as the ruler of badminton and the official rules are made by them.

You will find the official rules and regulations on their official website. But you may find the rules a little difficult to understand because they are written to be “official and comprehensive” rather than accessible. So, we have simplified the rules segment-wise to make you understand in this article.

The objective of the game is to hit the shuttle with your racket and pass it to the opponent over a net in the middle. Your opponent will do the same to you. Aim is to keep the shuttlecock flying, if it falls down on opponents half, then you get points. Even if you fail to pass the shuttlecock over the net, your opponent will gain a point. There will be certain points fixed prior to the match, whoever gets through that much points first wins the match. Details rules of scoring are discussed in the latter portion of this article.


When you visualize your opponent’s shot going to land out, then you shall let it fall to the floor. You will get the point if it lands out. If you hit the shuttle instead, then the play continues. Once the shuttle touches the ground, the rally is over. This is where badminton is different from tennis or squash, where the ball can bounce. Unlike basketball, volleyball; you must hit the shuttle once only before it goes over the net, even in doubles.

You may have a question like, why or how badminton is an indoor sport as the sport needs so much running and movements? One of the major equipment of this sport is a shuttlecock, which gets blown away with the slightest of breadth of wind. That is the reason competitive badminton is played indoors. You may play the sport at your yards or gardens for fun, but not for competitive matches.

So, for the competitive matches, badminton is played in indoor courts. And the courts need to follow some regulations on size. Our next segment is all about court size.

Looking at a badminton court for the first time may confuse you drastically with so many lines in and around the playing area. Basically, a badminton court is designed for both single and double playing styles. That’s why it has a few extra lines than what is needed for singles or doubles separately.

The outermost lines are for the doubles court. So in a doubles rally, the shuttle is allowed to land anywhere on the court.

Next to the outermost lines are for singles. The singles court is slightly narrower than the doubles court.

After court, the next important fact is the net. Badminton court net has 3 must-dos’. They are:

Firstly with the assist of coin toss, the decision about who will serve first is decided. Then are certain rules applicable like points, intervals, and there are few differences for singles and doubles matches. The Laws of Badminton and Competition Regulations in the BWF Statutes provide the detail on every aspect of the game of badminton. We have presented the rules by segmenting them in a few sections for your better understanding.


Interval and Change of Ends

Breaking any rule is considered as fault and may result in penalties. Deliberate delaying is often warned first by the umpire and repeating this can be called a fault by umpires. Other than this there are few rules of considering faults to limit the advantages to be gained by any particular. There are numerous faults in the rule book with detailed explanations in the rulebook. Few core faults are the following:

Understand and follow the dos’ and don’ts to avoid penalties.

Lets are less familiar than faults. When a let occurs, the rally stops and is replayed, without changing the score or serving positions. Let occurs mainly for the following reasons:

The basic or let calling is it must be called loud and as early as possible. Lets can be called by the umpire or even players. If you call a let after the rally is played out this won’t be counted. There could arise confusion about let calls. This is the time when umpires play their role. 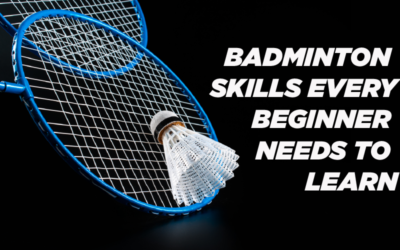 Badminton is considered one of the easiest indoor sports that can also be played on lawn and backyards. The basic...